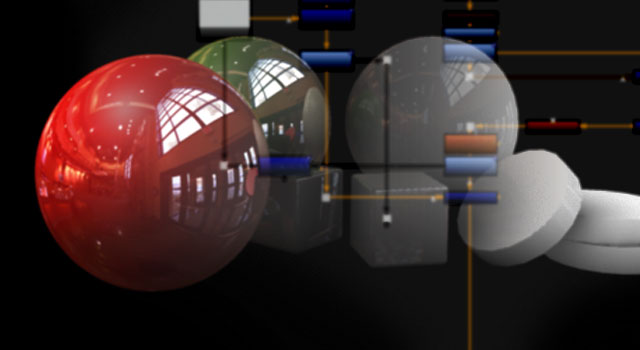 Renderers such as MentalRay, VRay, Keyshot and many others are capable of out putting render passes that each contain separate information about the scene. When an image is rendered from a 3D package the renderer will usually display the “Beauty Pass” which is a composite of the passes together. This however, is not an efficient way of producing correct results as in many cases minor tweaks will need to be made which without the use of passes would require a full re-render. This can take a lot of time and many hours would be lost producing test renders.

In many cases 3D imagery will need to be combined with live-action or other imagery, this process of called compositing. Photoshop, After Effects, Smoke and NUKE/NUKEX are all examples of compositing packages that allow you to seamlessly combine images together using layers and channels.

Each render pass may contain different information in the image such as, diffuse, specular, reflection, motion, Z-depth. These passes (separate images) can be combined together to produce a final beauty pass within a compositor. With each pass containing unique image data minor tweaks such as; colour correction, shadows, glossiness etc can be modified post-render, therefore saving time.

Compositing 3D with live action footage is an art in itself which is why compositors working a major post-houses get paid the wage they do. The us of passes is essential in this scenario because there is not option to keep re rendering files at 2hours+/frame and with passes containing shadows, diffuse, spec etc there is a lot of flexibility when producing the final image.

Using Autodesk Maya I have created a scene using simple primitive objects and I have set up the lighting using IBL (Image-based-lighting) and a directional light with ray-traced shadows.

In this setup I am using multiple layers to set up the render passes on.

Default: everything is rendered as a beauty pass.

Shadow Layers (Ground and Objects): Separate layers for ground shadows and object shadows so that they can be independently manipulated in the compositor.

With all of these layers combined the final object beauty pass can be created in a compositor such as Nuke or Photoshop. This same process can be followed for the ground layer and then all of the scene components can be edited individually of each other.

Below is an example of what the ground shadow and AO passes would look like. These can be used if the objects were to be placed in another scene where the shadow data would be desirable.

With all these passes rendered out as separate images can they are now ready for compositing.